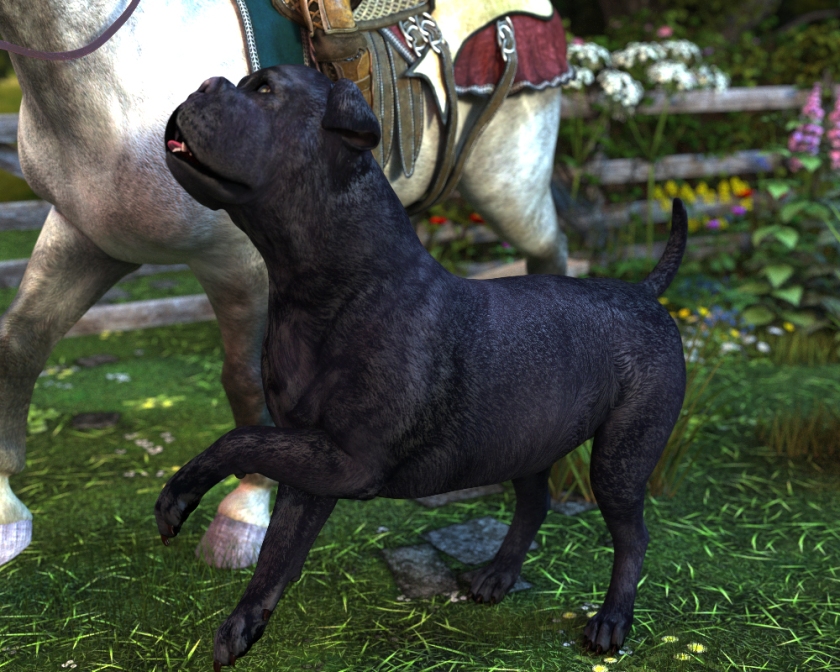 Nika pulled the horses to a halt on the rise just outside the city. From up here, near one of  the big watchtowers, she could see everything.
Not pretty.
Behind her, if she chose to look, at least a dozen columns of dark smoke reached for the sky. Funeral pyres. Really big funeral pyres.
To either side, the view was nearly as bleak, although less smoky. This close to the city walls, the big manors of the ultra-wealthy sprawled in safety and splendor, with regular patrols to keep them protected. Or at least that was what used to be there. Now, the big buildings remained, but most of them were vacant, some even smoking hulks where untended fires had run rampant.
Shit.
Her brain felt… numb. The single word took more effort than it was worth.
Resolutely, Nika turned forward, towards the future. The wide, paved road, showing signs of neglect after two years of the Blue Death, stretched ahead of her. She’d never traveled the whole thing, not even close. When she was younger she’d been out in the field, true, but her Division had served the settled lands around the capital. This road ran right out of the Dominion, according to maps. It led through the settled lands, through precincts that long ago had been neighboring countries. In the early days of the Dominion, acquisitive rulers had developed the skills of conflict, taking over the nearby kingdoms and demesnes.
They hadn’t stopped there. They kept going, for hundreds of years, until the Dominion encompassed nearly the entire known world. A long, long way away, straight ahead on the Great North Road, she’d reach the frontier.
But would she make it that far? Whole lot of effort involved in going out of the known world. Might be better to give up, lay down on the side of the road, crawl under a bush and die.
Forward, Nika demanded of herself. She nudged Wraith. The horse obediently stepped forward.
“Forward,” she said aloud, a mere faint and broken whisper. Berry, laden with supplies she’d purchased during the two days it took to get out of the enormous city, stepped into a walk with his buddy Wraith.
“Forward,” Nika said again, this time in a real voice, with real determination. She’d decided to live two days ago. Nothing had made her change her mind yet, not for real.
With the horses in motion, Nika kept her focus forward. She didn’t look back at the smoking city. Instead, she remembered how it had looked the last time she entered from this very road.
Huge. Mind-bogglingly huge. Auros held roughly a million people, the largest city in the known world. It had started as a small coastal fishing village, but grown beyond all recognition for nearly a thousand years, ever since the arrival of the first of the Shining Ones. The city spread along the coastline, up and down hills, along the wide and slow River Went. Different neighborhoods showed distinct architectural styles. Walls tried to contain the city, then succumbed, becoming just another part of the architecture. Currently the outer curtain wall served as more decoration than protection, given the estates sprawling outside it.
The horses started down the other side of the hill. Behind them, Auros vanished from sight. Nika sighed with relief, then immediately felt guilty. She shouldn’t feel relieved that her home was left behind for good. It just wasn’t right.
But she did.
Something broke into her sad thoughts, and Nika halted the horses again. What was that?
A sound, a faint scrabble and even fainter whimper.
Nika dismounted. Before she could investigate the sound, her body decided to stretch without her telling it to. Stiff already, even though she’d only been on the road two days. She felt good, though. She felt alive.
Then she dropped to a crouch, trusting the horses to remain standing, and looked under the hedgerow lining the Great North Road. A pair of eyes gleamed back at her.
“Hello,” Nika said, extending her hand.
Another faint whimper, and a dim flash of pink as the animal licked its nose.
“You’re a dog, aren’t you? Come on out, I won’t hurt you.”
A short while and a good bit of coaxing later, a bitch dog crawled out from under a bush. Hesitantly, but with confidence that increased as nothing bad happened, she sniffed at Nika’s extended hand. Big, solidly made, although quite thin. Black, with a big muscular head, short hair…
“You’re a calla-hound, aren’t you?” Nika scratched the bitch’s head, relieved when the nervous creature allowed the touch rather than snapping her hand off. Calla-hounds were a highly prized breed, capable of herding, guarding, and hunting. This one must’ve belonged to one of the big estates along the road.
The bitch whined, then licked Nika’s hand.
“You look hungry. C’mere, I’ll give you some jerky.”
Nika dug some jerky out of her saddlebag, nearly lost her hand after all as the hungry dog lunged for the food, then returned to Wraith’s saddle. Maybe the world wasn’t all that bad, not with horses and now a dog to keep her company on her fool’s quest.
The calla-hound fell into an easy jog beside the horses as though she’d done it all her life, occasionally frisking and looking cute to remind Nika that she would be happy to eat more of the jerky.
“Crazy,” Nika muttered, shaking her head at herself. “The world ends, and you decide to travel and pick up a pet. Absolutely crazy.”
But for all her mutterings, Nika felt better with another four-legged friend by her side. 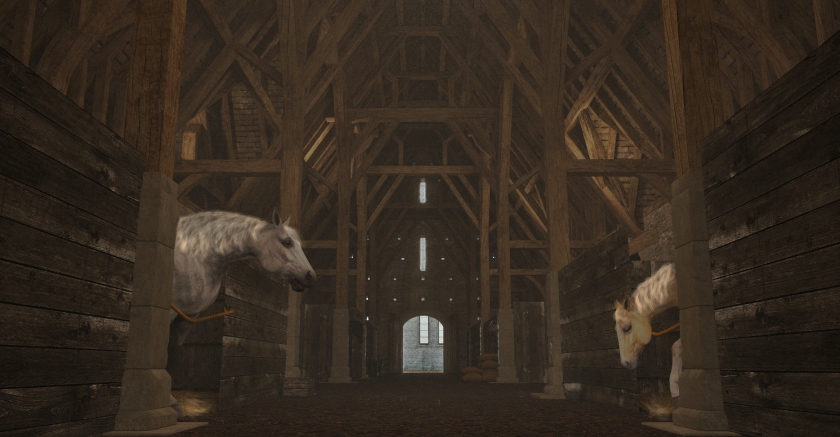 Nika stumbled into the Big Barn, listing badly to the right from the drag of the gold. If she didn’t know she’d regret it, she’d drop the damn bag and just take a handful of the stuff. But she’d brought it this far, all she had to do now was haul the heavy load down towards the far end of the barn, where the horse she wanted should be.
She fixed her eyes on that distant stall, ignoring the calls of the horses even though they made her heart hurt. Stablehands weren’t immune to the illness, and most of them were gone, lost to the Blue Death like the rest of the Dominion. She knew at least two were still alive and working, but two people to care for hundreds of horses couldn’t do a very good job. The horses were bored, lonely, hungry, and the stable smelled worse than it should have. Flies buzzed everywhere.
But she made it. Plodding deliberately down the center aisle, Nika remained focused on the single horse she wanted. It wasn’t hers. Her horse was in here too, and she’d use it gladly as a pack horse. The gelding was a decent one, but nothing special.
She felt a tiny hint of desire for the lovely golden parade horse used by the Prince of Eagles, but passed it by. Beautiful coloring, absolutely perfect conformation, and not a brain in its perfect head. They’d gone ahead and gelded the horse a couple years back, when the young stud couldn’t figure out which end of the mare was meant for breeding. Pity, it would’ve been nice to see if the beauty would pass to the next generation, but mares had definite ideas about what to do with a stud that tried to mount her front half, usually involving teeth.
No, the horse she wanted, now hanging his head over the rope used to keep horses in place when the stablehands didn’t want to mess with the heavy stall doors, was a soft dapple grey. Not as flashy, no, but large and well-made, with speed to spare and enough endurance to outlast most horses currently alive. He’d belonged to Nika’s superior and good friend. Her own horse was six stalls away, a nondescript red chestnut named Berry. He could match Wraith in size, but not much else, and for some reason she’d never much cared for the gelding. The grey, on the other hand…
“Hey, Wraith,” she panted, dropping her bag with a clunk. The horse let out a shrill whicker and thumped her chest with his nose. “Watch over this, will you? I’ll be back.”
She scratched behind the horse’s ears, then moved far more easily towards the tack room.
What a mess.
Not her problem, though. She felt bad for the stablehands, but they’d figure it out. Maybe they’d find some helpers.
Sure. In this city where the dead outnumbered the living by far.
Nika paused for a moment, one hand on a sturdy field saddle, to let the bleakness wash over her, make her feel horrible, and then go away. Because she meant to leave, damn it, and that meant none of this was her problem. Not one little bit.
Field saddle. Pack saddle. Bridles. Halters. Blankets, brushes and hoof picks.
Methodically Nika worked her way through the tack room, recovering from the heavy workout as she did so. She piled her chosen gear in the middle of the floor, then started hauling it out and getting the horses ready.
One thing certain, this business of striking out on her own and making a new life for herself would get her back in shape in no time at all. 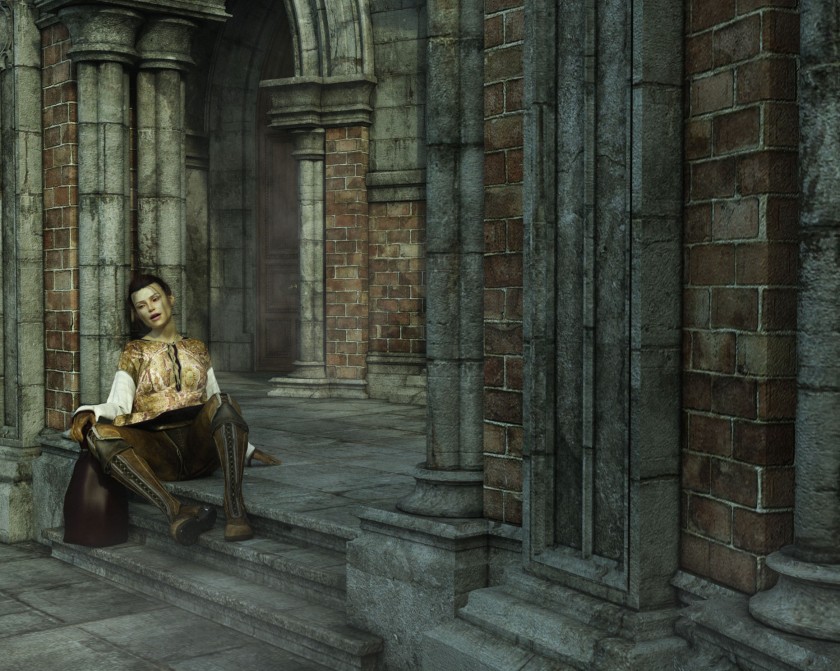